Who doesn't love individual attention? With YADA's Private Lessons, you are able to get specialized one-on-one attention from our talented and experienced staff in a variety of areas such as Acting, Voice, Dance, Instruments, Audition Technique, and more! In addition, private lessons are also available to review the songs, scenes, and dances from our current YADA shows! Please read below for more information!

Check it out: SPECIALIZED PRIVATE COACHING! 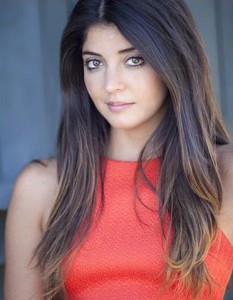 Amanda was a Director for six years In New York at ApplauseNY. While managing the after-school division she taught dance, singing, improv, acting for camera, and directed the musical theater workshops on the weekends to kids ranging from 5yrs-15yrs. After graduating from the prestigious High School of Performing Arts, Amanda went on to earn her B.F.A in Dramatic Performance at the College Conservatory of Music (CCM). She has been featured in national commercials and has appeared in several TV shows including Modern Family, Ground Floor, and Gossip Girl. Amanda has also appeared in various readings and plays in New York–her favorite being the New York premiere of Knives and Other Sharp Objects produced by The Public Theater. Amanda is thrilled to be living in Los Angeles continuing to share her love for theater with the incredible YADA students.

Here's what Amanda teaches through YADAVISION:

Find and work with Amanda on two contrasting monologues that highlight the strength of your young actor. They will dive into the techniques using actor vocabulary that make up an effective performance. Leave this class ready to audition with monologues that demonstrate your confidence and capabilities in the connection you’ve made to the material and yourself!

In Musical Theater Training, students apply Amanda's approach and tools to musical theater material. Students will work on one song of their choosing with Amanda's guidance and focus on script analysis, breaking down lyrics, story telling, as well as listening to constructive feedback.

Are you and your child overwhelmed when it comes to making a self-tape? In this class Amanda will go over the equipment and setup necessary to make a great self-tape. Each student will be assigned material and then break down location, lighting, acting beats, prop work, eye lines, and technical results. Students will leave with a greater understanding and confidence in their ability to deliver a great performance in this current climate of at-home auditioning. 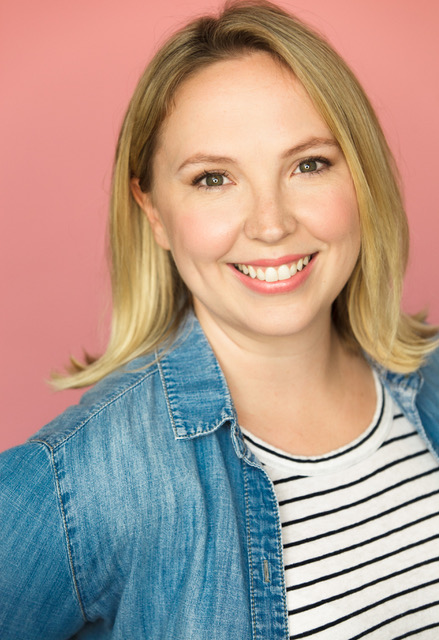 Originally from Virginia, Ann Northern grew up performing professionally at theaters and venues up and down the east coast. Since a young age, Ann has been an avid student of vocal performance, ballet, tap, jazz, hip-hop and all things dramatic.  She grew up learning from some of the best teachers in the country, and she won many awards in singing, dance, and cheerleading conventions throughout the east coast.  She then graduated with a BFA in Professional Acting and Musical Theatre from East Carolina University.  Ann performed and lived in New York City for 8 years, where she completed two Broadway National/International Tours:  Lincoln Center’s South Pacific and Shrek the Musical.  Her favorite credits include Millie (Seven Brides for Seven Brothers), Mae (The Wild Party), Mary Warren (The Crucible), and Emily (Our Town).  After moving to Los Angeles with her Husband and miniature schnauzer, Ann found YADA and immediately felt at home!  Ann is currently an advanced student at Groundlings and UCB and is an alumni of The Meisner Technique.  Her classes have high energy and she loves working with children of all ages and capabilities!

Here's what Ann teaches through YADAVISION and In Person:

Calling all at-home tappers….LET’S MAKE SOME NOISE!  This class can be performed with or without tap shoes, let’s just get our feet moving!  Ann will cover the basics of tap steps and sounds, so your child feels prepared and confident to tap their way into any audition.  While working and adjusting for all levels and capabilities, Ann will teach fun choreography from tap favorites such as 42nd Street and Shrek the Musical.

Let’s get our bodies moving, while we strengthen our ability to learn now choreography and pick it up quickly!  Ann will lead you through a weekly warm-up that builds upon your strength, flexibility, and balance.  We will focus on all different musical theatre styles such as jazz, hip-hop, and ballet.  With an upbeat musical theatre playlist, you will leave this class a better mover and feel more confident attending auditions in the future. 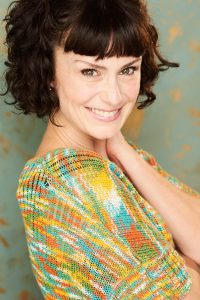 Here's what Suzanne teaches through YADAVISION:

Learn vocal coaching from Suzanne! She will lead you through a vocal warm-up, help you with technique, and then work on audition songs or any songs of your choosing. Suzanne is a Broadway trained singer and has worked with such coaches as Peisha McPhee (Vocal coach of American Idol, Katherine McPhee), Adriana McPhee(American Idol coach), and Bob Garrett (seven-time Broadway veteran).

Learn the keys, chords, and notes of the piano. Piano lessons help with reading music and can be an essential aid for singers, dancers, and musical theatre performers of all levels. With patience and fun, Suzanne will lead you through the piano and have you playing your favorite tunes in no time.

Ever dream of becoming a singer-songwriter? Have ideas but don't know where to put them? Suzanne has been working in the music industry for over 20 years and will teach any student to find the confidence and tools to create their perfect song.  Learning song structure and accompaniment, every student will be able to create and play their own creations and songs.

Learn how to make tracks, record vocals, and become your own music engineer! Suzanne will teach you the fundamentals of Garageband that will help you succeed in song creation and vocalization. Create your first CD and create music that will last a lifetime.

How do you have the best audition? What do you wear and how do you prepare? Suzanne will work with you on how you should enter the audition room, breathing techniques for nervousness, prepare sides, and work on your audition song. Let Suzanne teach you how to stand out and show your best self! 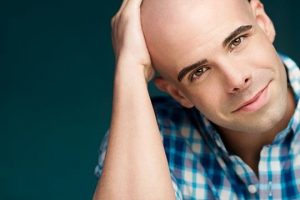 Jordan is ecstatic to be rejoining the YADA family as he was a student here from ages 9-14! Since his days performing at YADA he graduated from Pace University with a BFA in Musical Theater and stayed in NYC for 6 years pursuing theater. He got his feet wet teaching at Cheviot Hills Drama Camp and fell in love with teaching kids the magic of theater. He got to take part in HAIR produced by original producer, Michael Butler in 2007. Other favorite roles have been Leaf Coneybear(25th Annual Putnam County Spelling Bee), Seymour (Little Shop of Horrors), and Smee (Peter and the Starcatcher.) Jordan is thrilled to get to plant the theater seed in the place he grew his roots!

Here's what Jordan teaches through YADAVISION and In Person:

Want to expand your knowledge of musical theatre material? Jordan will help you branch out and find new and unique songs to use at your next audition to ensure you stand out from the crowd! We will be focusing on finding a ballad and up-tempo, as well as finding something more contemporary and more classic musical theatre. The material will be specially picked for your voice type, age range, and acting type.

Jordan will help you pick the right song and the correct 32 bar cut. We will go over the right monologue and then we will break down the material. You will come out of this with the right outfit, background, material, and feeling confident to have the strongest audition possible.